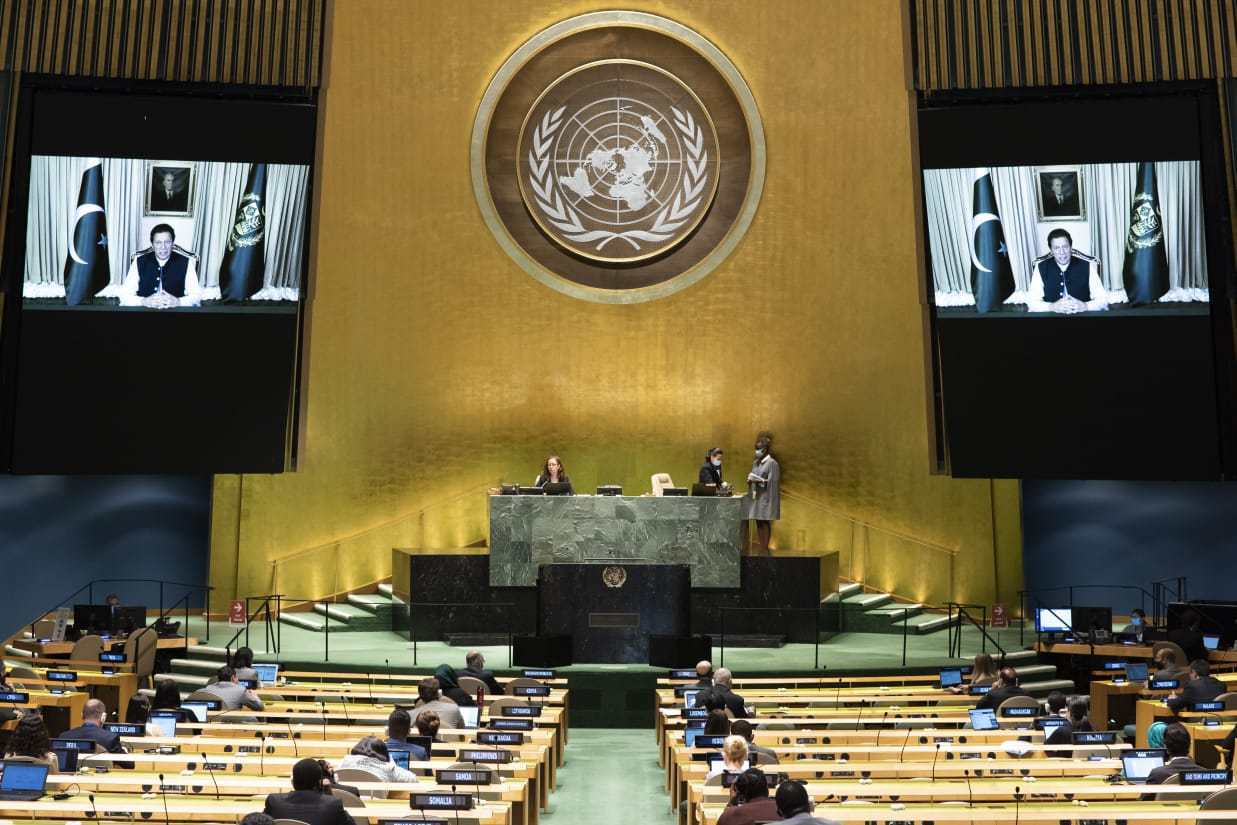 Prime Minister of Pakistan Imran Khan, on September 25, urged the UN Security Council to protect the Kashmiris from “an impending genocide by India” and warned that there would be no durable peace and stability in South Asia until the Jammu and Kashmir dispute was resolved on the basis of international legitimacy.

The Prime Minister voiced deep concern over rising religious hatred, increased nationalism and worsening global tensions, factors that have accentuated ‘Islamophobia’, resulting in attacks against Muslims in many countries.

He stressed that “wilful provocations” and “incitements to hate” must be universally outlawed, calling on the General Assembly to declare an “International Day to Combat Islamophobia.”

Prime Minister Khan accused India of State-sponsored Islamophobia, alleging that mosques have been destroyed, and at that Muslims have been killed and are at risk of losing their nationality due to discriminatory laws.

“Muslims were falsely blamed, vilified and victimized for spreading the coronavirus. They were denied medical attention and on many occasions, their businesses boycotted,” he said, noting that other religions are also at risk of being marginalized in India.

Addressing the United Nations General Assembly, Imran Khan said India in an attempt to divert the world’s attention from its actions in Jammu and Kashmir was upping the military ante against Pakistan.

“I want to make it clear that any attempt by the fascist totalitarian RSS (Rashtriya Swayamsevak Sangh)-led Indian government to aggress against Pakistan will be met by a nation that will fight for its freedom to the end.”

Building upon his last year’s address where he spoke about the gross human rights violations in the Indian Illegally Occupied Jammu and Kashmir, the prime minister said Kashmir had been rightly described as a “nuclear flash point”.

“The Security Council must prevent a disastrous conflict and secure the implementation of its own resolutions as it did in the case of East Timor,” Imran Khan told the 193-member world body.

He said the Security Council had considered the situation in Jammu and Kashmir three times in the past year. “It must take appropriate enforcement actions. It must also take steps to protect the Kashmiris from an impending genocide by India.”

The prime minister told the world body that India was playing a dangerous game of upping the military ante against Pakistan in a nuclearized environment, to divert the world’s attention from its illegal actions and atrocities in the Occupied Jammu and Kashmir.

“Despite constant Indian provocations and ceasefire violations along the Line of Control and the Working Boundary targeting innocent civilians, Pakistan has exercised maximum restraint.”

Imran Khan, in his speech a major portion of which dealt with the Kashmir cause, said for over 72 years, India had illegally occupied Jammu and Kashmir against the wishes of the Kashmiri people, and in blatant violation of the resolutions of the Security Council and indeed its own commitments to the people of Kashmir.

He mentioned that all the Kashmiri political leaders were incarcerated; about 13,000 Kashmiri youth were abducted and thousands tortured; a complete curfew was imposed, accompanied by a total communications blackout.

He said the Indian occupation forces used brute force, including pellet guns against peaceful protestors; imposed collective punishments, including the destruction of entire neighbourhoods, and extra-judicially murdered hundreds of innocent young Kashmiris in fake “encounters”, refusing even to hand over their bodies for burial.

The prime minister said as Palestine remained a ‘festering wound’, a just and lasting settlement was indispensable, for the Middle East and actually the world.

“Illegal annexations of Palestinian territory, the building of illegal settlements and the imposition of inhuman living conditions on the Palestinian people, especially in Gaza, cannot bring peace to a troubled region,” he added.

In a rare virtual address to the 75th Session of the UN General Assembly being held in New York, Prime Minister Imran Khan spoke at length about the “smart lockdown” policy of Pakistan that won international acclaim, creation of a 500 billion US dollars fund for the developing world, climate change, India’s state sponsorship of Islamophobia and global framework to stem the illicit financial flows.

The prime minister said the COVID-19 pandemic had illustrated the oneness of humanity and in their interconnected world no one was safe unless everyone was safe.

He said locking down to control the pandemic had triggered the worst recession since the Great Recession in the last century. “This has hit the poorest countries the hardest as well as the poor in all the countries,” he added.

As PM Imran Khan’s virtual speech started, the Indian delegate walked out of the UNGA session.

Wrapping up his address, Prime Minister Imran Khan called on the UN Secretary-General to take the lead in preventing global conflicts. To that end, he urged the convening summit-level meetings to address regional hot-spots and resolve outstanding disputes.

“Deeply appreciate President [Recep Tayyip] Erdogan once again raising his voice in support of the rights of the Kashmiri people during his address to UNGA,” Imran Khan tweeted.

Pakistani Prime Minister Imran Khan’s new Arabic language Twitter account @ArabicIk has been set up to promote his social media activity among millions of Arabic speakers across the globe, a top government official said on Friday.

The account, which was launched in May 2020, shares videos of Khan’s speeches and interviews along with Arabic messages. Khan has 12.5 million followers on his official Twitter account, the largest of any Pakistani. 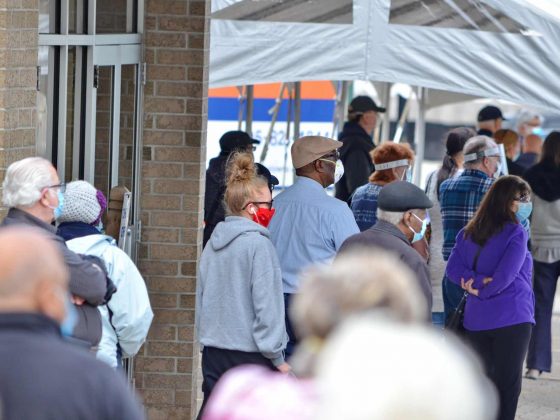